The river Buna/Bojana, located in the South Western Balkans, is an important river in the Mediterranean. The Buna/Bojana Delta contains the most important wetlands in the Eastern Mediterranean and covers an area of 19,000 ha. Recognizing its importance, in 2005 the government of Albania (Ministry of Environment, Forest and Water Administration) established this biologically rich area as a Protected Water and Terrestrial Landscape, placing it under the management of the Shkodra Forestry Service Directorate. This highly complex hydrologic system is characterized by rich water resources and wetlands and is bifurcated by small islands.
The Buna/Bojana Delta features a diverse range of unique natural habitats that are home to twenty-four rare and endangered species and support a wealth of native and protected wildlife and vegetation. The recent IUCN Red List of Albanian Flora identified around 320 threatened and rare species. The wetlands of the delta host more than 250 species of birds, some highly endangered. The Delta also serves as the region’s entrance gate to 107 different species of fish, among them is the globally threatened sturgeon. Protected mammals in the area include large carnivores such as the Golden Jackal, Brown Bears, and Bottlenose Dolphins. The effective protection of both plant and animal species in this region is an obligation under international agreements.

The Albanian side of the Buna/Bojana River features a unique cultural landscape and is home to around 36,000 people. The region’s main economic activities are agricultural, fishing, tourism and trade sectors which employ most of the region’s population. Beaches and woodlands attract nearly 250,000 tourists a year, mostly between July and August presenting unique opportunities for growth in the fishing and retail sectors.
Unfortunately, the region’s economy is limited and residents struggle with very low per capita income levels. Unemployment is high and nearly 12% of the population receives economic aid or remittances from family members abroad. Most villagers rely on the highly fertile and productive land to meet their daily subsistence needs. But, despite the hardships faced by Albanian residents of the Buna/Bojana Delta, they have the potential and drive to meet the challenges of development that lie ahead. 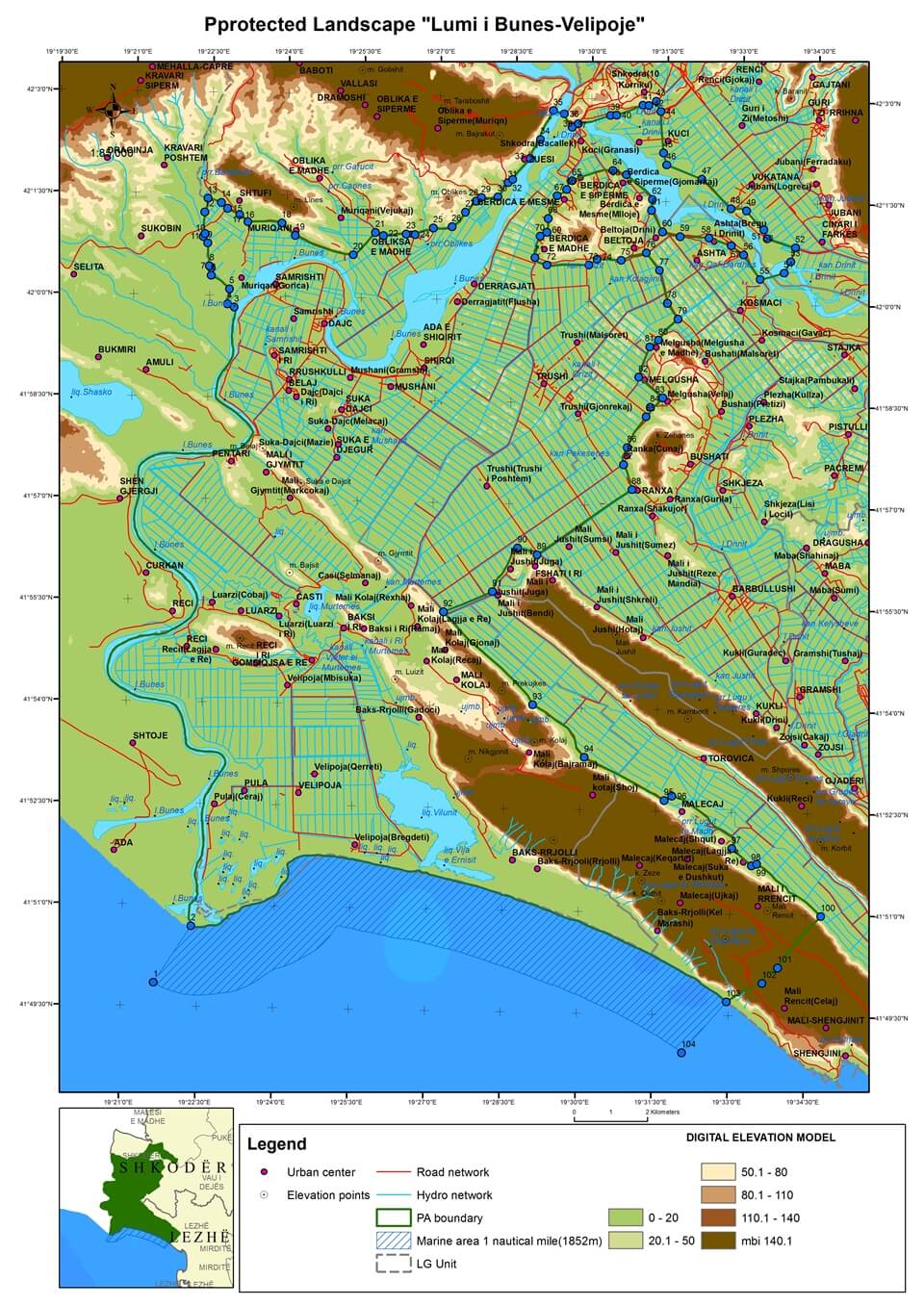